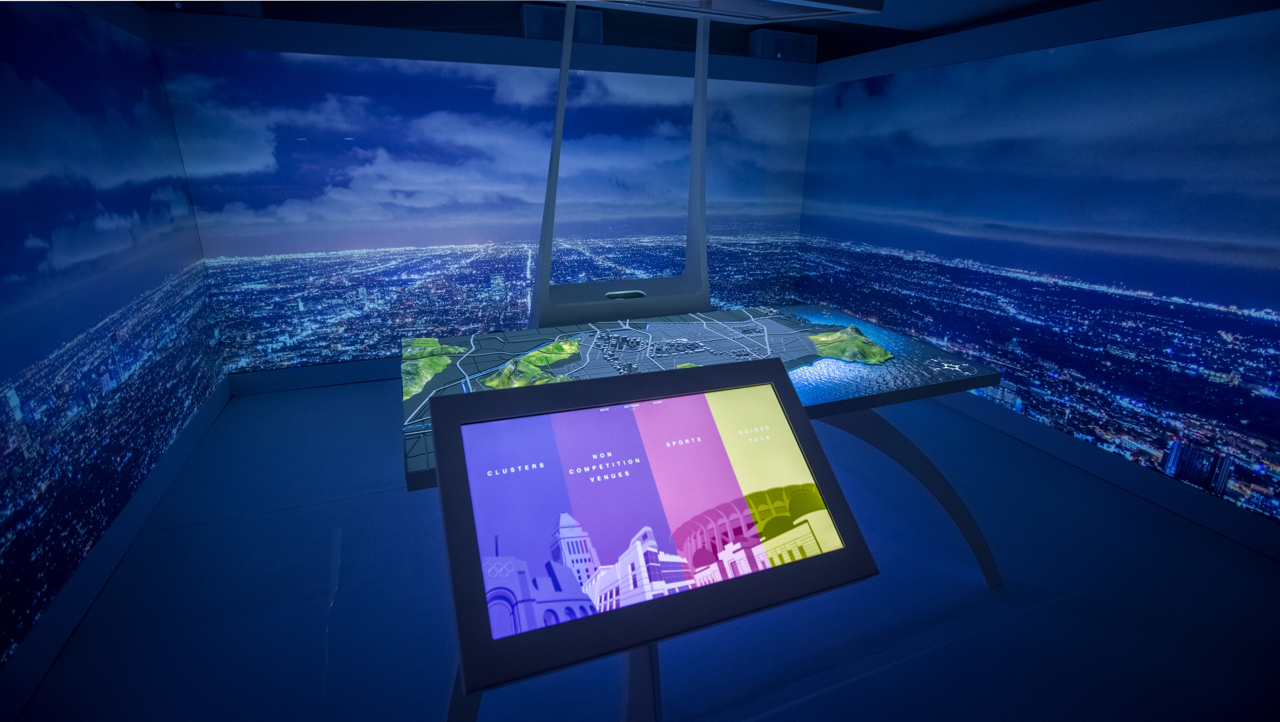 At the last Olympic Games in Rio in 2016, the city of Los Angeles presented its bid for the 2028 Summer Games. It did so with this installation following the IOC’s guidelines by occupying just 20 m2 of the so-called USA House, set up beside the Ipanema beach in Rio de Janeiro.

The installation uses a scaled-down model of the city of LA, special fixtures to house the model, a laser projector and a projection mirror to reflect the mapping over the “city” with millimetric precision. The space is also surrounded by 3 back-projection walls. Their content, as well as the content being projected onto the model, is controlled by the general public via a touchscreen.
The content is perfectly synced and accompanied by 5.1 surround sound.

This project has not only been used as the main theme for the LA28 presentation in Rio. We have also installed a second version in Lausanne, Switzerland, and more recently in the head offices of the 2028 Olympic Games Organizing Committee in Los Angeles, USA.