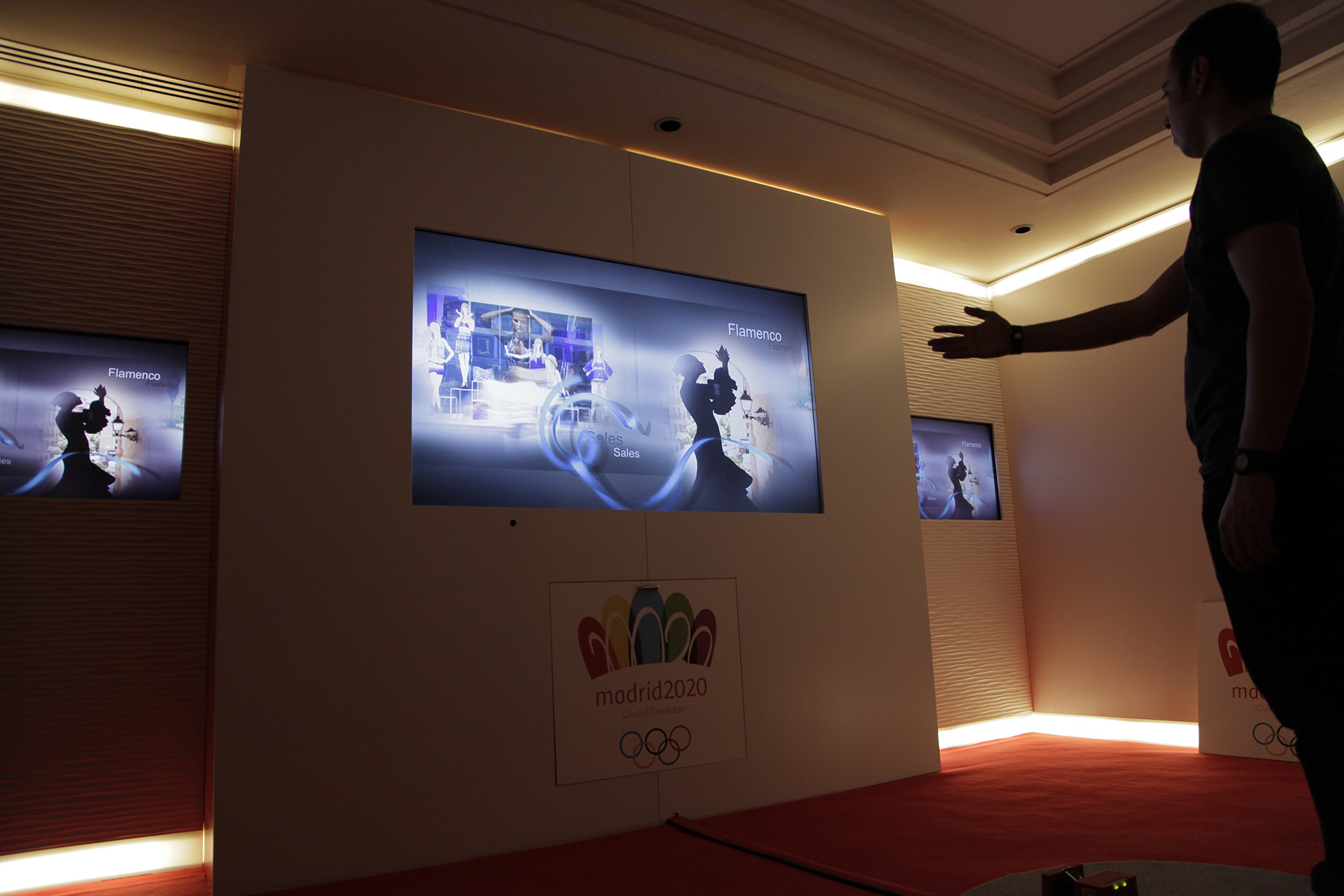 When Madrid decided to make another bid to host the 2020 Olympic Games, they relied on us for several of their presentations.

We were with them to produce the different technical presentations in Lausanne and other events in Europe, as well as the final presentations in the city of Buenos Aires.
During the 2012 London Olympic Games, the Madrid bid installed the “House of Spain” in Kensington. Pictures That Move provided the content for the room where the bid’s team revealed its master plan. The Olympic project was shown on a touchscreen using an interactive presentation created in Ventuz. It contained all the information concerning sports, headquarters and facilities in the city of Madrid. In addition, to give a more authentic experience, a second presentation was also created in Ventuz with images and videos of the city’s most characteristic features. The general public controlled it by moving their hands thanks to a RadarTOUCH laser sensor installed in front of three big plasma screens.